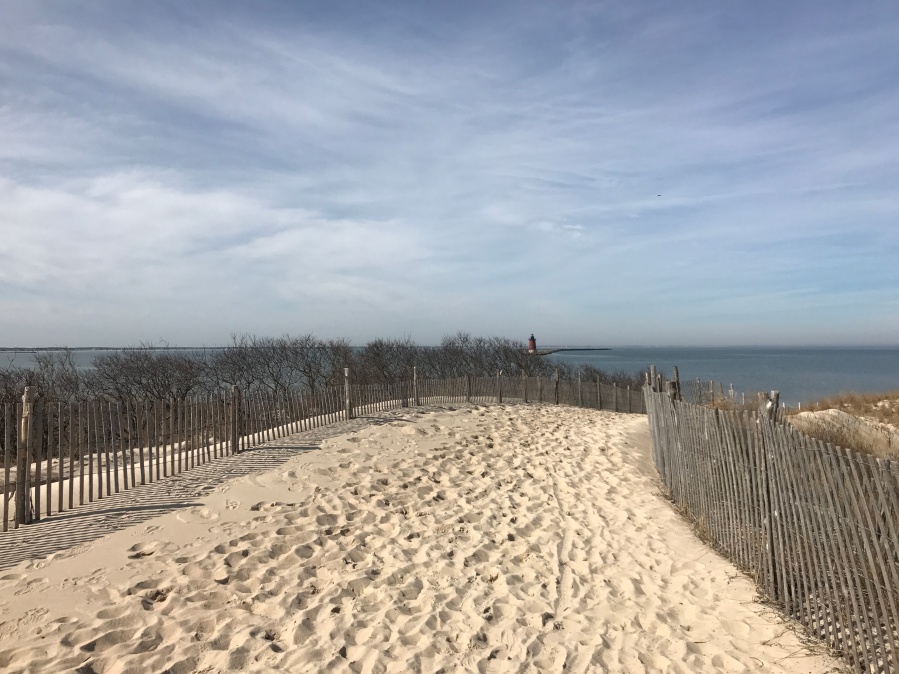 Say the word “beach” and you conjure images of summer: swimming, surfing, beach volleyball, sunbathing – all enjoyed despite how uncomfortably hot it is. We’ve built a sort of cultural mysticism around beaches as a land of eternal summer. Of course this isn’t how reality works, but here’s the thing we seem to forget: In the winter, beaches don’t stop being beaches any more than mountains cease being mountains or forests cease having trees. 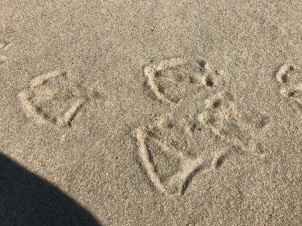 I pitched this to Laurel as the best February option from Seasonal Guide to the Natural Year, and was met with skepticism. She gave me a certain look, grunted, and said something to the effect of “but beaches are so BORING in the winter.” She’s from Cape Cod, so this is perhaps an understandable line of thinking, but I was flummoxed. All I could think was, “What?! Not for a naturalist! All the same stuff is there but there aren’t as many people screwing with it!” Meanwhile I’m sure she was thinking, “what the heck is wrong with him? You can’t SWIM in the OCEAN in FEBRUARY.” Both of us were right. I had assumed defeat until a warm spell and a warmer forecast prompted Laurel to say on a Thursday evening “maybe we should do your beach thing this weekend.” YES!

We chose as our destination Delaware’s Cape Henlopen State Park, with a short side trip to Prime Hook National Wildlife Refuge. Both were new to us and each rewarded us immensely for the choice. It’s about a 2.5 hour drive for those of us in the Maryland suburbs of DC, so doable as a day trip. Dogs aren’t allowed on the beaches during the spring and summer months for ecological concerns, but they are from November to April (just one more reason to go in the winter). We arrived and after getting our bearings at the nature center we immediately hit the trails. The Seaside Nature Trail was nice but a little tough to follow, offering the opportunity for a quick side trip to the fishing pier. The Walking Dunes Trail/Saltmarsh Spur was excellent and just the right length to occupy a relaxing afternoon.

The 70-degree weather was certainly pleasant, but it did throw a slight monkey wrench into my winter beach plans in the form of lots of other people. Not that I’m an unrepentant misanthrope, but generally speaking the more people present the less happy the naturalists among them. I promise I didn’t begrudge anyone else their good time. Anyway, all that to say that the beaches were pretty well picked over in terms of interesting shells. That certainly didn’t stop us from finding some nature here and there. Horseshoe crabs littered the beach alongside razor clams and softshell crabs. The birding was quite good as well, as I will get to momentarily.

Along with mid-Atlantic beaches come their ecological companion, salt marshes. These, too, can be fun to explore in winter. Waterfowl who spend their springs and summers on the tundra or otherwise north of this area can often be found here, as can a number of raptors. There is always a certain serenity to the salt marsh which can be especially pleasing in winter. Cape Henlopen has acres of this habitat to explore. 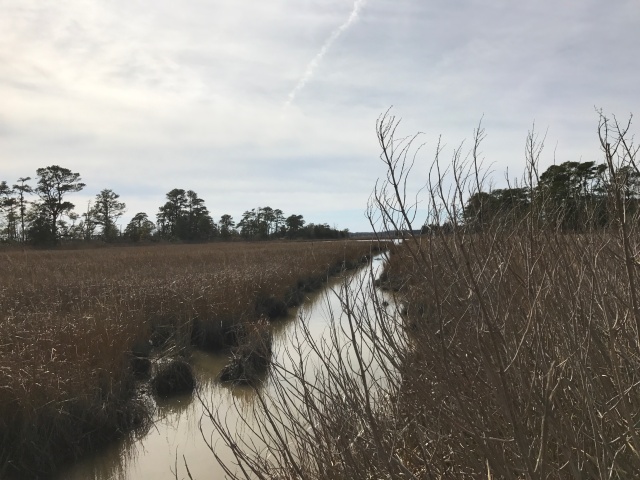 On top of all of this, we discovered the entramce to the Dharma Initiative…

Anyway, back to nature. As I mentioned, the birding was superb. From the fishing pier I was able to pick out a horned grebe, a red-throated loon, and some buffleheads amid the gulls. In the salt marsh we spotted a couple of hawks we couldn’t quite identify in addition to a dozen or so turkey vultures, and I got to observe a flock of about 30 green-winged teals as well. At Prime Hook the bird of the day was the northern pintail, with some American black ducks and great blue herons thrown in for good measure. The pintails in particular were gorgeous birds, and a new one for me. The real treat, however, was the enormous flock of snow geese congregating by the entrance to the refuge and spotted on our way out. The flock was easily a thousand strong, and was the second one we saw on the day (the first we passed on the way out and only glimpsed briefly from the highway).

Nerd alert! It is common practice for experienced birders to scan a flock of snow geese looking for that odd-man-out, a Ross’s goose. They’re very similar to snow geese but much less common in the mid-Atlantic (though I believe there have been a few spotted in Maryland this year). Descriptions of how to distinguish the two say things like “smaller, with a more rounded head” and to look for some blue on the beak. So, were there any Ross’s geese in this flock? I have no earthly idea. 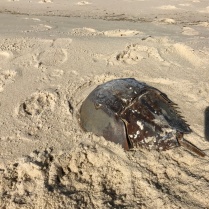 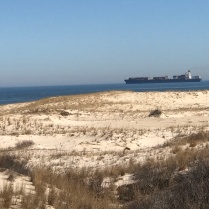 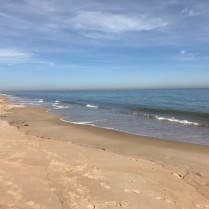 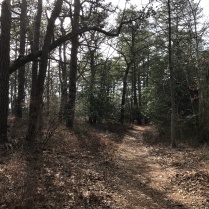 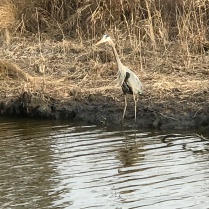 Prior months of nature:

5 thoughts on “12 Months of Nature: February”