Good news! This is the last time you’ll have to scroll past a post about my 2017 bird blitz. To briefly recap, early this year I decided to do a personal “big year” of sorts. The goal I set was to see more species of birds in 2017 than were on my life list prior to 2017. I learned a lot about birding through this effort, and subsequently revised my life list to remove a few species I was no longer sure of (but kept the original target number). I blew past that original goal (in part because my life list was missing quite a lot of fairly common species for this region) and set a revised target of 200 species. So, how did I do?

I almost made the revised goal, and here’s the (rest of the) list: 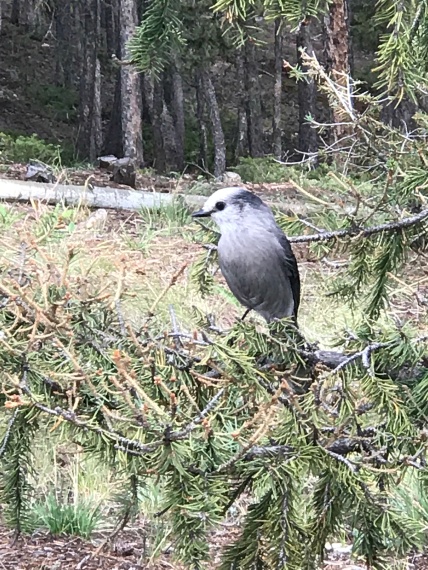 A very much not skittish gray jay 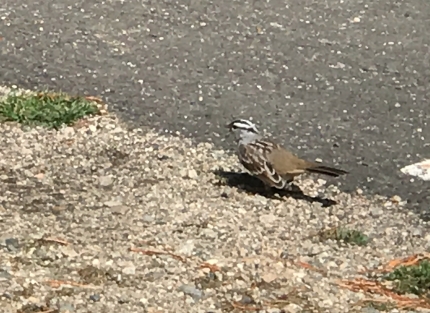 It was really the trips to Colorado (birds 165 to 188) and China (birds 190 to 197) that gave me the opportunity to expand the list. Species new to my life list are in bold above – which is all but three of the birds since my last update. Regrettably, I have very few good pictures of these species, but I’ve included what I could find.

Another birding accomplishment I pulled off this year was identifying my first hybrid:  the relatively common mallard x American black duck. I actually encountered this individual several times in Wheaton Regional Park, and he is pictured in the header image from this post.

Of course, a list like this wouldn’t be complete without the misses. So, I saw 197 species of birds this year… but how many could I have seen? There are a few major rarities that occurred in my area which I didn’t get the chance to go see: a Eurasion wigeon on some private land in Poolesville and a shiny cowbird hanging out near Beach Drive in Kensington are recent examples. For a list of more common birds I just didn’t happen to spot, I turn once again to ebird.org.

With their data, I can see that there are 155 species which have been recorded in Montgomery County at least once which I didn’t see in 2017. Of course, no one could expect to cross off all those records in a single year – many are one-off vagrants or extreme rarities. I will focus instead on the most common of these. The most reported Montgomery County bird I missed is the Prothonotary warbler, occurring on 3.4% of submitted checklists. A total of 21 birds of the 155 are historically reported on at least 1% of MoCo lists. Nine of these are warblers, but also included are the hermit thrush, purple finch, red-headed woodpecker, and rusty blackbird (among others).

So what about 2018? I don’t think I will try for any specific birding goal next year, but I’d like to fill in some of those blanks and keep expanding that life list. I pushed it forward from 160 to 245 this year, so I think I can coast on that for a while.